Littered every five to seven miles along the coastline, the Outer Banks’ famous Lifesaving Stations stand tall as reminders of a long ago era of shipwrecks and survival. Known as the “Graveyard of the Atlantic,” this area of the North Carolina coast is particularly hazardous for ships. The confluence of the warm waters from the Gulf of Mexico mixing with the cold Labrador Current makes the sea here particularly turbulent. Add the hidden sand bars, rough shoals, and unpredictable weather, and you can see what makes this part of the coastline treacherous.

In the days before electronic communication and GPS navigation, ships depended on the efforts of coastal lighthouse keepers and rescue surfmen stationed at these places to stay alive. The Outer Banks has a rich maritime history that includes famous shipwrecks, pirates, Civil War activity, World War II German U-Boats, sunken ironclad ships, and the like. Many people died off this coastline, but many others were saved.

Take a look at this passage from Paul where he reveals part of his own lifesaving strategy:

Paul’s Use of His Freedom

I have always loved how Paul used all the the facets of who he was to woo others to who Jesus is. To the Jews, he was a Jew, to the Gentiles, a Gentile, to the Romans, a Roman citizen…..all in his attempt to live in and serve a culture in order to preach the gospel of salvation and be heard.

This scripture reminds us that Lifesaving Stations look different depending on the people who need saving, but they all perform the same function.

Some look like dorms that house addiction recovery groups.

Some look like AA, NA and AL-ANON meeting rooms.

God is in the lifesaving business and his opportunities for helping you are endless. Most of the challenge is to admit that you need saving. Getting to a Lifesaving Station is the next step. It can be scary, humiliating, difficult, embarrassing, expensive….and can heal you and make you whole.

There is a Lifesaving Station near you that is ready to help. How much longer will you drown? Save yourself, and get to one today. 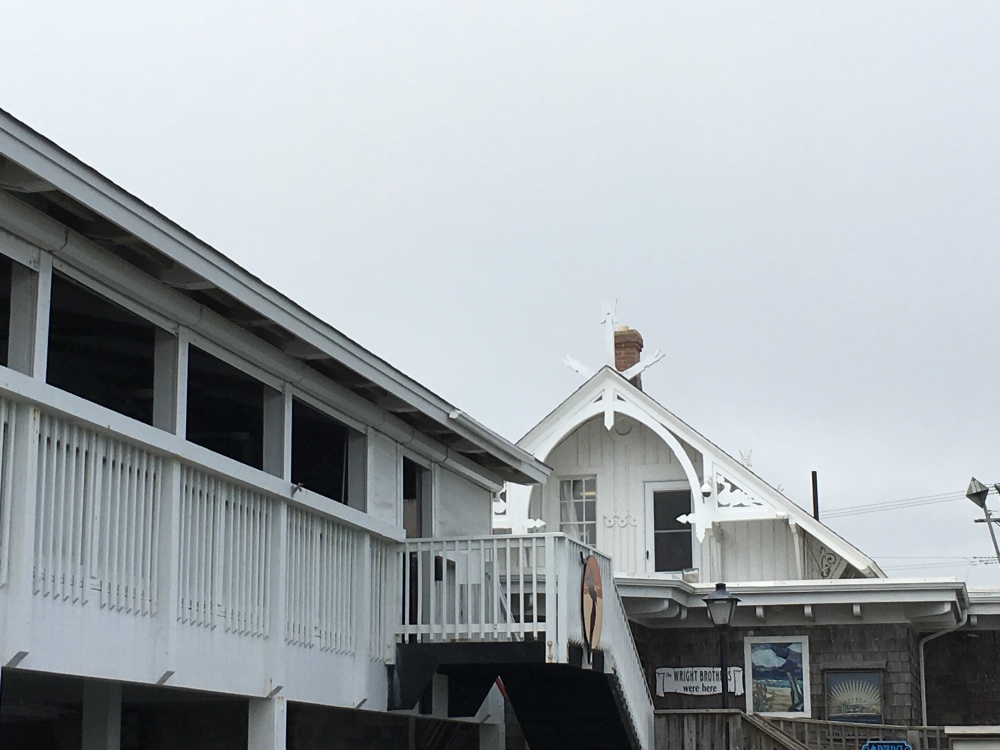 The beautiful arched Lifesaving Station architecture is still intact at the old Kitty Hawk Station #6, now the Black Pelican restaurant. This is where the Wright Brothers came to telegraph home about their first successful flight in 1903.