I had spotted her at events we both are required to attend, and felt her discomfort. An episode in our past that did not directly involve either one of us had created a social divide. I don’t know how she had processed what happened, but I know we both have felt pain and awkwardness since.

I spotted her again at a recent event and knew I had to approach her. I suppose I will never know how it felt on her end, but I felt the strong leading of the Holy Spirit to “break the ice” and hopefully make it so that when we encounter each other again, we can nod and say good morning rather than circle the room to avoid each other.

I cannot say it was a break-through moment. I could feel her body stiffen up as I approached her. I said good morning, asked her how she was, and let her know I was praying for her family. Her responses were polite and minimal, making me fear that my “drive-by compassion” had really caught her off guard and did not bridge the awkwardness that I had hoped it would. Worse, I fear I may have caused her pain by speaking to her, something completely opposite of what I was hoping to do.

So then I did what we all do in that moment. I began to question whose leading I was truly following by approaching her….God’s, or mine?

I had a mom in my office last week who expressed the same confusion. Praying for her son had led her to believe that a situation would be resolved in a particular way. When that did not transpire, she naturally began to question whether she was hearing God’s voice or her own as she prayed.

God speaks to us in ways that we do not communicate with others. His Spirit speaks to our spirit and we “hear” what he is saying….but only if we are tuned in with fine precision. This requires spending a lot of time in his presence, so that the voice becomes clearer with each encounter. We tune in every time we pray, serve, worship, meditate, fellowship and SIT with his word.

He Calls His Sheep by Name

10 1-5 “Let me set this before you as plainly as I can. If a person climbs over or through the fence of a sheep pen instead of going through the gate, you know he’s up to no good—a sheep rustler! The shepherd walks right up to the gate. The gatekeeper opens the gate to him and the sheep recognize his voice. He calls his own sheep by name and leads them out. When he gets them all out, he leads them and they follow because they are familiar with his voice. They won’t follow a stranger’s voice but will scatter because they aren’t used to the sound of it.”

6-10 Jesus told this simple story, but they had no idea what he was talking about. So he tried again. “I’ll be explicit, then. I am the Gate for the sheep. All those others are up to no good—sheep stealers, every one of them. But the sheep didn’t listen to them. I am the Gate. Anyone who goes through me will be cared for—will freely go in and out, and find pasture. A thief is only there to steal and kill and destroy. I came so they can have real and eternal life, more and better life than they ever dreamed of.

14-18 “I am the Good Shepherd. I know my own sheep and my own sheep know me. In the same way, the Father knows me and I know the Father. I put the sheep before myself, sacrificing myself if necessary. You need to know that I have other sheep in addition to those in this pen. I need to gather and bring them, too. They’ll also recognize my voice. Then it will be one flock, one Shepherd.”

Recognizing God’s voice in the cacophony of all the sounds swirling in our minds and hearts takes practice, discernment and the constant abiding in God’s word, God’s will and his presence. The good news is HE LOVES HIS SHEEP. He is constantly calling, cajoling, rebuking, correcting, wooing, comforting, directing and saying words of caring to us.

Are you trying to hear God today? Tune in, stay tuned, adjust your dial, and wait. The Good Shepherd is calling. 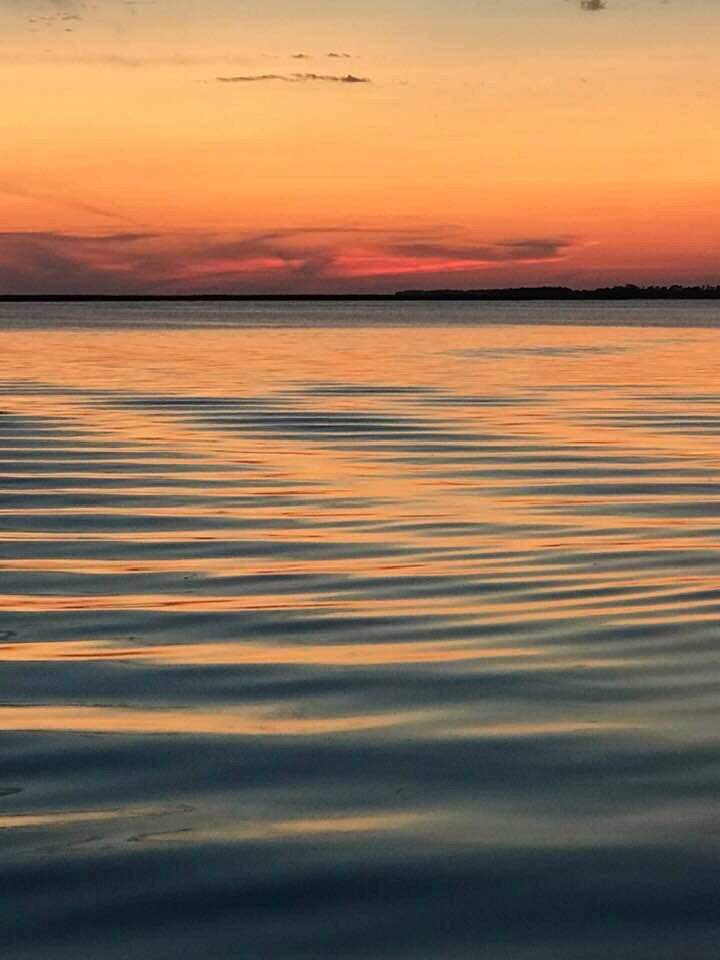 God speaks in the stillness of a moment. Are you listening?