Yes, that is a picture of mismatched, old, worn-out socks. I took it against a nice background, since my epiphanies always happen at the Water’s Edge, but it is indeed a nasty pile of socks. These aren’t even my socks, but my husband’s. He walked down the steps with them last week and declared, “I have decided that these socks no longer spark joy.” In my mind I was thinking, “Honey, they haven’t sparked joy for about ten years, especially the red ones.”

His comment was a result of the Marie Kondo phenomenon. Kondo is a television personality who brilliantly came up with the idea to do shows helping people become more organized and efficient with their homes and their usage of space. Disciples of Kondo will recognize the “spark joy” reference. Her greatest teaching is that you should hold an object in your hands, and if it doesn’t spark any joy in your heart, you need to toss it out. I read a news report that said that once this idea went viral, thrift stores everywhere were suddenly overwhelmed with joyless donations. Her thinking is pretty revolutionary, don’t you think? But more importantly, don’t you wish you had come up with it first?? I sure do!

A friend of mine coined another phrase to describe the opposite of sparking joy. She said that she realizes there are things in her home that only “spark sadness.” She described how a beautiful figurine that looked just like her dog now sparks sadness, as the dog has passed away. I have a favorite photograph in my living room of my in-laws holding hands as they crossed the finish line at the Turkey Trot many years ago. Since my mother-in-law died, this picture of her smiling in her Penn State hat and wearing her race number pinned to her sweatshirt often sparks sadness for me. She will never do that race again, which was the highlight of our Thanksgiving day for many years. We keep things like these to honor the sweet bitterness of lost loves, but sometimes holding them truly sparks sadness, and rightfully so.

There is a difference between things that no longer spark joy and things that outright spark only sadness. Sometimes relationships are like that. They can go fallow for awhile, and temporarily fail to spark joy. Then a reconciliation or reunion happens and turns it around. But other times, the thought of them brings only a sweet-less bitter that is permanent. And that’s when you know it is time to let go.

This applies to anything that is bringing you despair and angst. When past mistakes, regrets, guilt, sin, poor choices, failures, bad relationships, hurts, anger, betrayals, etc. bring nothing useful to your life and only drag you deep into a place of darkness, let it go.

Paul calls us to reach forward and grasp what Christ has already planned for us:

Philippians 3:13 “Not that I have already obtained all this, or have already arrived at my goal, but I press on to take hold of that for which Christ Jesus took hold of me.

Brothers and sisters, I do not consider myself yet to have taken hold of it. But one thing I do: Forgetting what is behind and straining toward what is ahead, I press on toward the goal to win the prize for which God has called me heavenward in Christ Jesus.”

Remember when you were learning how to cross the monkey bars at the playground? Somebody held you up, and you grasped a bar. Then to move forward, you had to let go of the bar and grasp the next one in front of you. Otherwise your arms would eventually wear out and you would drop to the ground.

Forget what is behind. Strain toward what is ahead. Jesus took hold of the cross so that you could take hold of life, and he promised it would be a life ABUNDANT with meaning, purpose, and joy. So whatever you are holding today that sparks only sadness in your heart, let it go. Jesus has so much more for you than that. 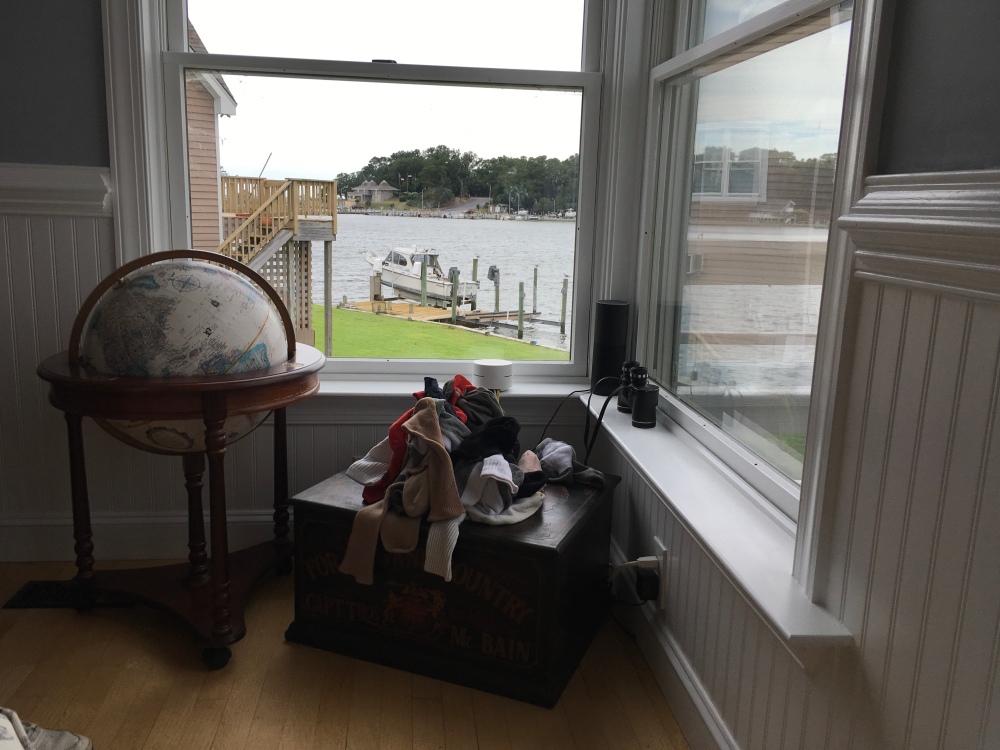 Rev. Betsy Haas is an ordained United Methodist minister serving in North Carolina. She has a BA in Communications from Penn State and attended seminary at the Candler School of Theology at Emory University. Betsy is the author of Mourning Break, a book on grief. She begins each day with a little bit of coffee and a whole lot of Jesus. Or is it the other way…..